Woah. March was a TRIP!

Steve and I landed in Portland, OR on February 29, aka the day that the first coronavirus deaths happened in Seattle, WA. We were on a trip to help a family member that just had major surgery and we also had plans on sight seeing in Seattle…but our trip was much different than we had planned it to be.

Upon landing we gathered our luggage, got our rental car and drove to a brewery to get lunch and that’s when reality hit.  We were sitting at the bar and saw the news.  My phone started to ring and it was my sister asking us to cancel all of our Seattle plans.

We spent that night at a family friends house in southern WA, and then drove to my sisters place in Tacoma on March 1.  We were watching the news of what was happening in King County, WA daily.  We were watching numbers skyrocket seemingly by the minute.

We ended up cancelling the food tour of Pike Market, and spending our one night in Seattle pretty much hotel bound. I did take two Bar Method classes, and we went for dinner at Capitol Cider, but it was not crowded.

The bright spot in not being able to wander Seattle, was that we got to spend a few hours with Steve’s Godmother at her beautiful home in Federal Way.  Her backyard is the Puget Sound.  We walked in the chilly, fresh air.  I collected sea glass and sea shells to bring back to Connecticut with me.  It was a very peaceful morning.

Steve and his Godmother and her Husband 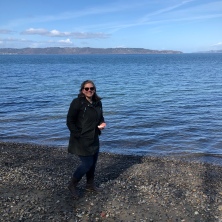 After a 6am workout at The Bar Method Seattle

I fit inside the giant cabinet in our hotel room

I got to see my friend Savannah 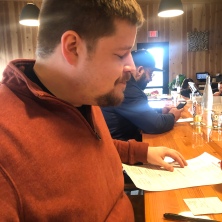 Steve trying beer, right when we got to Portland

The photos that I have included, are pretty much the only photos that we took on our trip.  We were able to squeeze in some time with a few people, but as we watched the news unfold, we started limiting the amount of interactions that we had leading up to our departure from Portland on March 7.

When we got back from our trip we took an uber home from JFK instead of subjecting ourselves to 3 different modes of public transportation.  I was watching the news on the plane ride back and learned that the first cases in NY state had started to be detected.  I knew that once we got home, things were about to be drastically different than they were when we left for WA.

On March 8, we went to hear the New Choral Society sing a concert.  I usually perform with the group, but since I had been traveling, I was not singing the concert.  I am very glad that we went and listened to the concert, and attended the after party, as it was the last time the group has been together face to face…and will be until the fall.

The family I work for was not worried about things shutting down, but I have family in China, and I saw what was coming for us here.  I knew that it would not stay business as usual here, if we wanted to flatten the curve.

I asked my family what things were/are like where they live.  I was told that they did not re-open things after the new year celebrations, and now after more than 9 weeks of shut downs things are slowly opening back up.   They get their temperatures taken everywhere, and if you have a fever, you get sent to the fever hospital to be tested.  Everyone is required to wear masks in public…I ordered my masks weeks ago due to this fact. I knew that at some point the CDC would recommend that we start wearing them here in the USA and I wanted to be prepared.

Things where my family live are started to return to a new normal, and that gives me some hope for life here in Connecticut.  I have been off of work as a precautionary measure for 2 weeks now.  I have been doing my best to keep busy.  I have started a new passion project called Storytime with Alyssa.  It has been amazing.  I have been participating in as many social zoom calls as I can.

I have not taken a full Bar Method class, as I am not mentally ready for that yet.  I am still grieving the loss of the in studio classes too much, but I have started doing my ABCs of fitness workouts again, and that feels really good.

I am very thankful for my church, bar method, instagram, and facebook communities at this time.  I would not be staying as level headed without all of my virtual people. 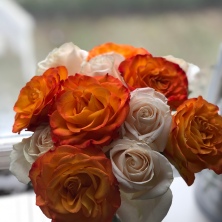 I bought myself flowers 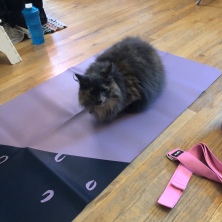 Roomba is the main housekeeper now

The store was out of eggs, but my friend has chickens and saved the day! 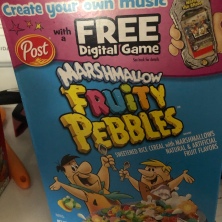 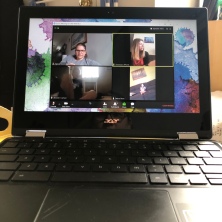 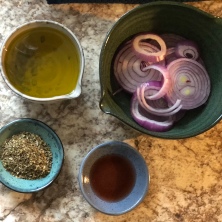 You cant see me 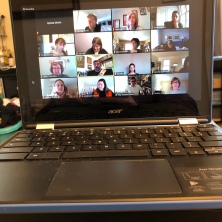 I am finding ways to cope with this new way of life.  I am taking it day by day, sometimes hour by hour.  We will all get through this together…but apart… 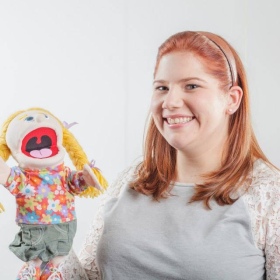