Last year at this around time I was in Wisconsin visiting my family and my charge was with his parents visiting family in London. The little boy was only 5 months old at the time, but he got me a great gift. He brought back a Paddington Bear for me. 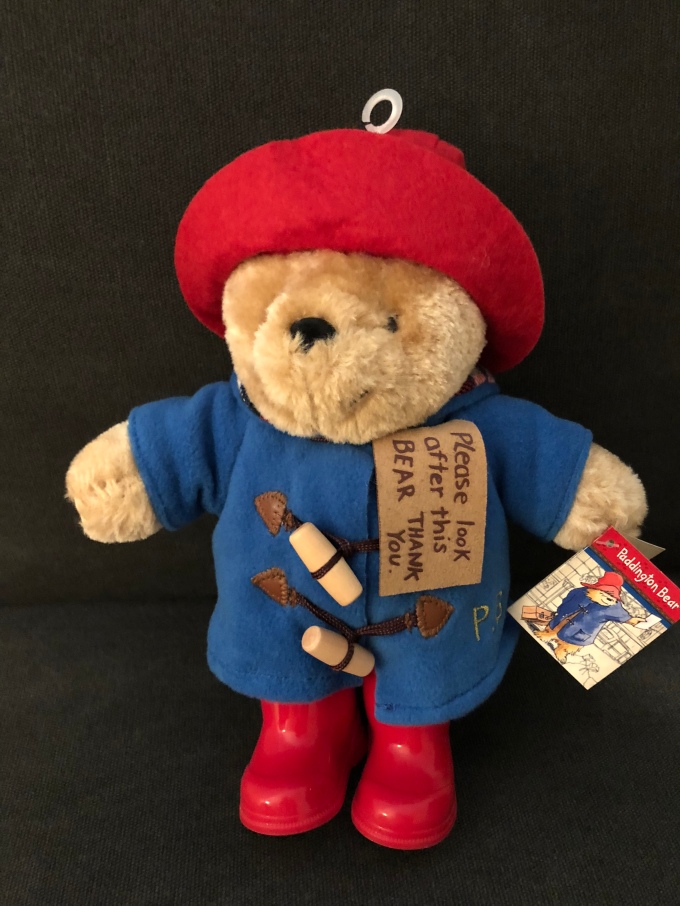 Paddington spent a few days being my driving buddy, but then I realized that he might like to go on some adventures as well, so he started coming into places with me.

The first place that PB visited was a rehearsal with the New Choral Society in Scarsdale, NY. I started singing with this group in the Fall of 2014. PB didn’t audition to get in, but he was a welcome guest Alto. 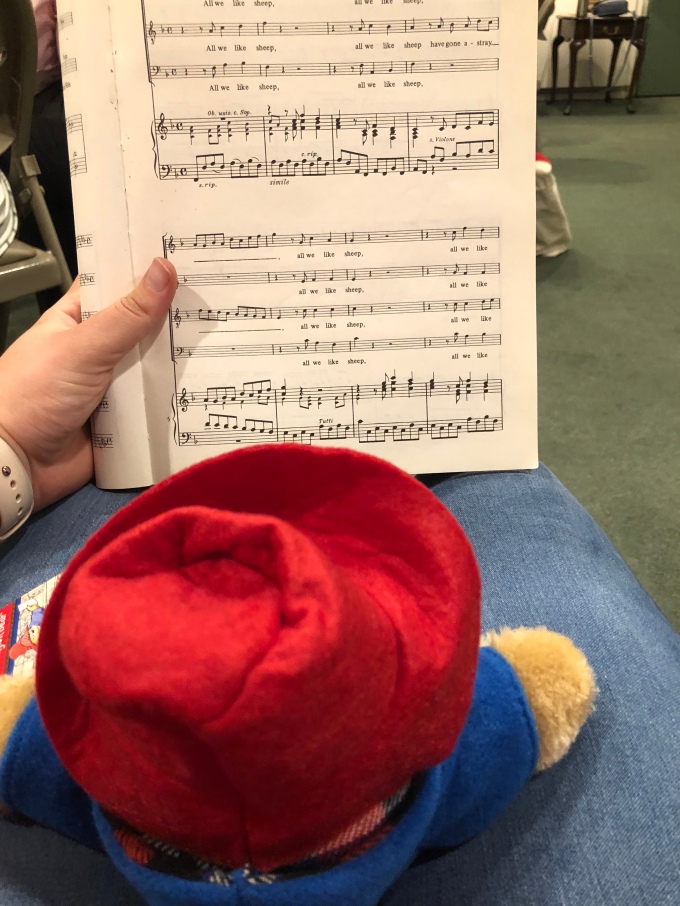 He did so well at that one rehearsal that he attended that he got invited back to sing in the December concert.

PB is has also been working on his wellness. He takes after me. He has developed a habit of healthy eating, and a love of The Bar Method. 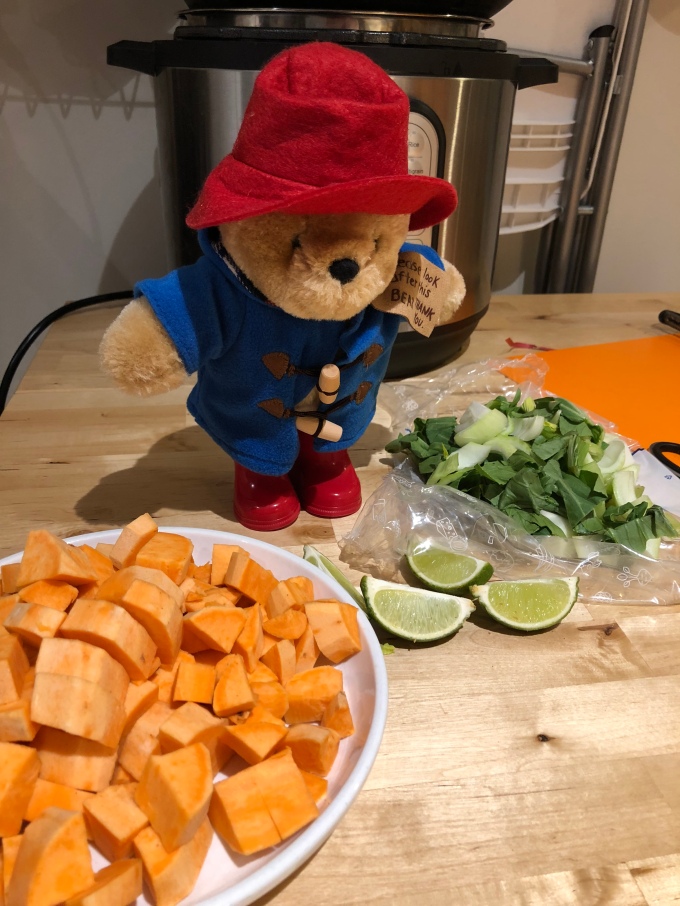 PB likes to work on his intellectual wellness with visits to the Greenwich Library.

He was VERY excited to find his biography in the children’s book room. He insisted on taking it home with us. I told him that we could read it with after a cup of coffee…

So he made me some coffee very quickly!!

PB is not just a great Choral singer, he has also become quite the backstage technician and is also a great audience member. I ran a spot light for Mama Mia at Curtain Call in Stamford, and PB learned the ropes (literally) of backstage life there. He also came to see me perform as Lucy in A Charlie Brown Christmas at the Wilton Playshop. 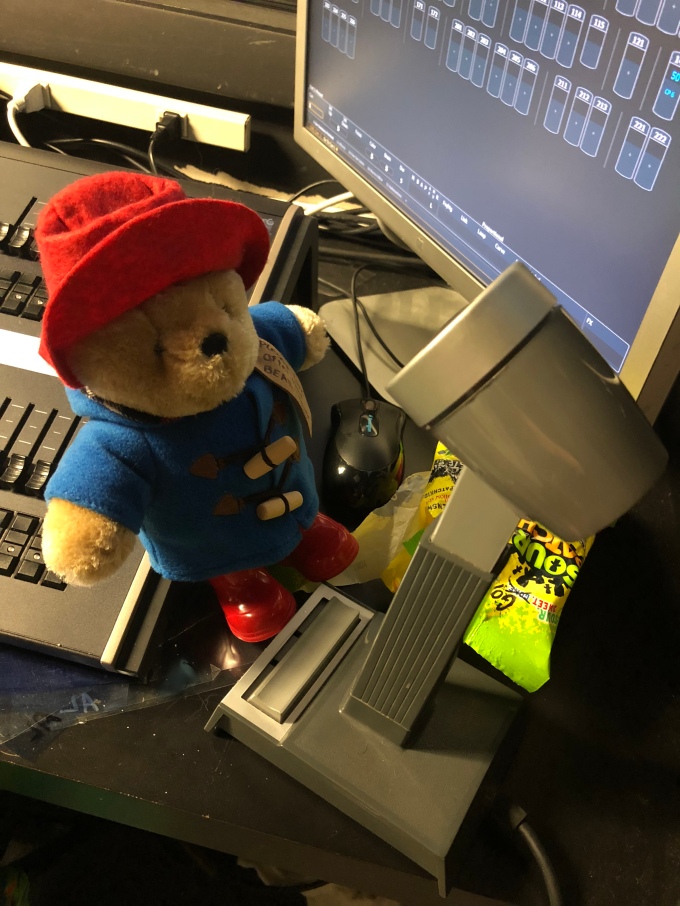 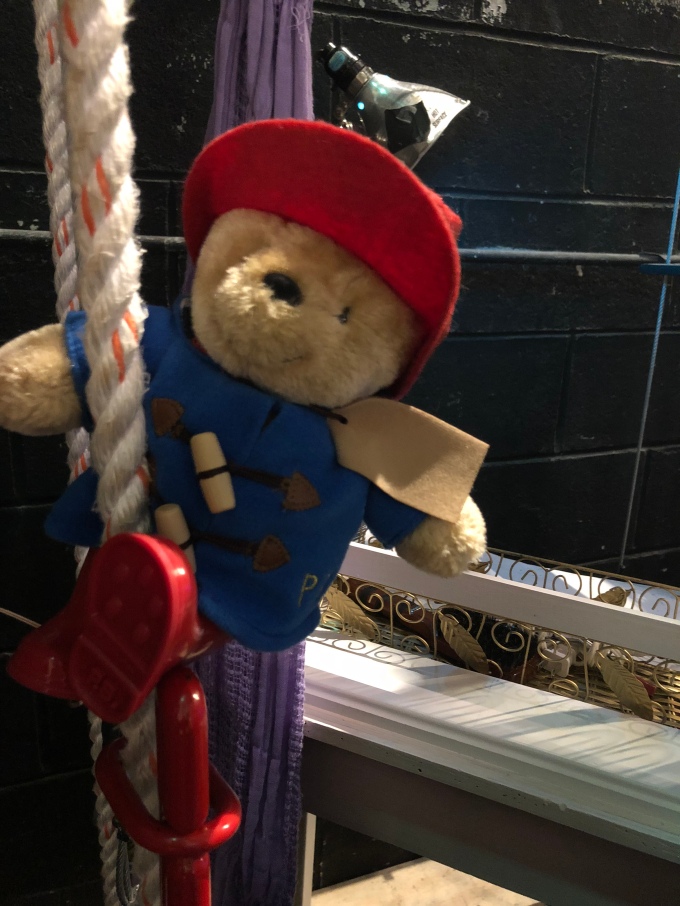 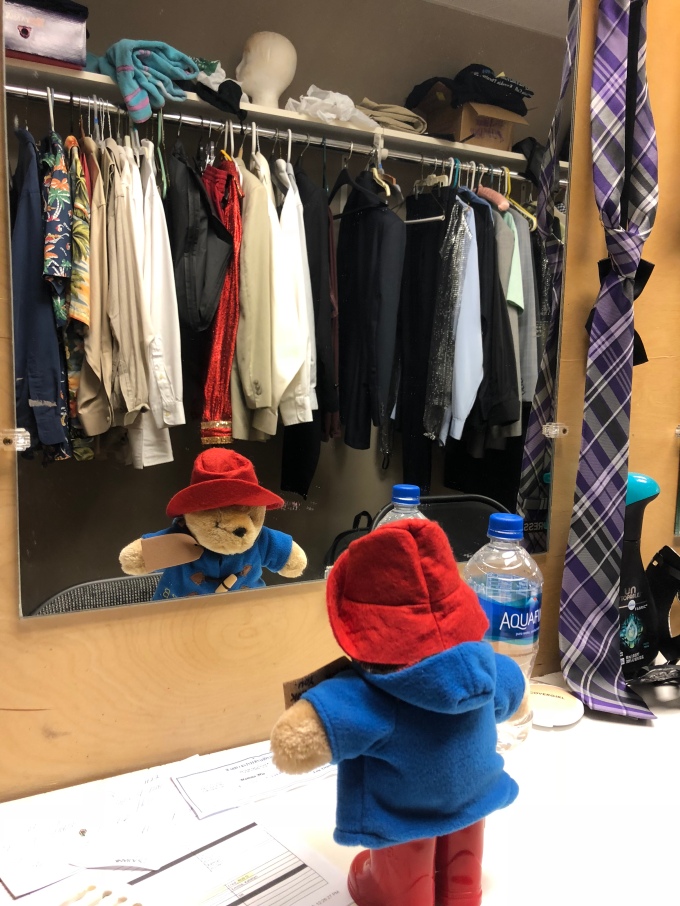 When PB isn’t out adventuring he likes to play video games with Steve.

One of PB’s favorite adventures was to the New York Renaissance Faire this summer, he’s begging me to bring him back again soon…I’m going October 5, so I guess I could oblige and bring him back. 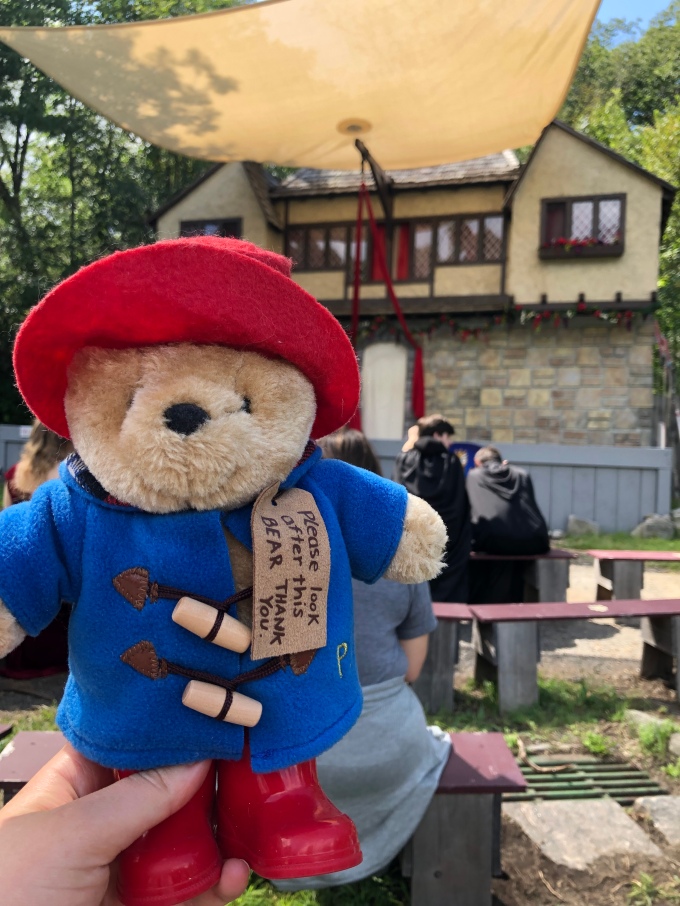 These are some of the most notable adventures that my buddy PB has been on so far. He has traveled with me to other places, but sometimes I forget to take photos. Having PB with me is fun. It brings out the inner child of those around me, and someday I will be able to so the child that gifted him to me all of the adventures that PB has had.

If you want to see what other kinds of adventures PB goes on, I post them to Instagram as they happen! 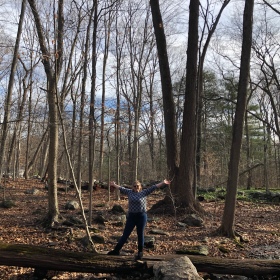 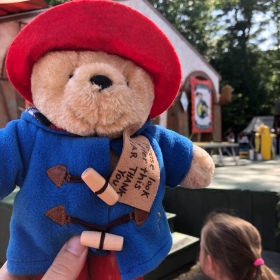 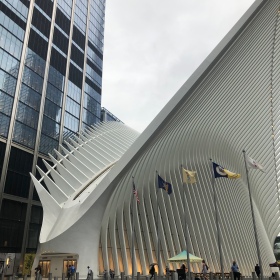