A few years ago my housemate told me that she was doing a whole30, and that she would be eliminating dairy, grain, legumes, alcohol and added sugar for 30 days. I thought that she was INSANE and was honestly not very supportive. I didn’t think that it could be a healthy move to cut out so many foods at one time, and didn’t think it would be sustainable.

At that time I had been off and on a few different doctor ordered elimination diets, and knew how miserable it was to try to avoid more than one food group at a time, and could not understand why anyone would do it if they did not have to do it.  I wanted to lose some extra weight that I had put on, so I hit the gym more often.

I was still gaining weight even when I was exercising and eating right, and started to get frustrated, so just stopped caring about what I was putting into my body.  I broke my foot at one point and that didn’t help matters any.  From 2015-2016 I gained about 15 pounds and then in 2017 I gained another 10.  I cried at Christmas when none of my dresses fit.  I had talked to my doctor about the fact that I was gaining weight even when I wasn’t eating huge portions.  She figured out that I had a B12 issue and that could be contributing to my weight gain. I started taking supplements and feeling a little better, but my body was still not happy, so I asked her about doing  a whole30 and she told me that it would be an excellent idea as it would help eliminate some of the inflammation from my joints and help me to pinpoint which foods do not like me back.

I did some research, and started my first attempt at whole30 on January 1, 2018.  I printed out the shopping lists, food lists, and general rules from the whole30 website and taped them to my cupboards.  I went through my kitchen and read all of the labels on everything to make sure that they were compliant and I was ready to go.

At first it seemed pretty easy, I woke up early and packed my breakfast and lunch for work, and made sure I knew what I was going to make for dinner.  I was working shorter hours, so it wasn’t too difficult to stay on track.  I made it until day 20 before I caved in and had a glass of scotch after a really long day. I did not start over again as the rules state, but I did stay mostly compliant for the next 10 days.  I ate one cookie on my birthday and got SO SICK.  I learned quickly why they have a reintroduction process to follow.  I decided to use it as a learning experience and move onto an exercise routine focus.  I had lost 13 pounds just from starting the whole30 diet, so I knew that it was helping to jump-start my journey.

I held onto some of the things that I learned during the whole30, but I started to log calories, and to workout.  I found the Bar Method and love it (more later) and I also joined some dietbets and stepbets to keep my weight loss on track.  I was still losing weight over the next few months, another 34lbs to be exact, but I needed to change my mindset about food.  I found myself slipping back into restrictive habits a bit, so decided that it was time for a round of whole30 and that I was going to make it all the way through it this time, and by the book.  So I hired a certified coach to help with the process.

I found Courtney on Instagram during the January Whole30. I won a giveaway she was doing in February of Melissa Hartwig’s book Food Freedom Forever and therefore got connected with her on a more personal level. I decided to hire her as my coach for the September Whole30 and I am SO GLAD that I did. Having a coach and a private Facebook group has been a game changer.  It made the 30 days fly by.

During the September Whole30 I did some traveling, and the group was helpful in supporting me as I was frustrated with food choices and wanting to give up.  The others in the group were always willing to offer help when needed.  I am currently in the reintroduction stage of this round.  I have learned that dairy and I are not friends, but gluten free grains are settling alright.  I still have to reintroduce legumes, added sugar and alcohol, but plan on adding those things as the opportunity presents itself and only if it seems worth potential side effects.

I did lose 8 pounds on this round of whole30, but I had a lot of non scale victories (NSVs) to  celebrate.  I no longer feel the need to log calories, I zipped into a size 6 dress, I am sleeping better, waking up feeling rested, have more energy throughout the day, my fibromaylagia flares have calmed down, and I have developed a great meal planning routine.

I get a lot of questions about how I have lost so much weight this year, and whole30 has been a part of it, but it isn’t meant to be a weight-loss diet.  Its a dietary reset to help pinpoint trigger foods and to change how you think about food.  Food is fuel for your body, not a punishment or a reward.  You do not have to run 3 miles if you want to eat a cupcake, you can just eat the damn cupcake and go on with your life.  You balance that with eating healthy foods the rest of the time.   I will continue my goal of living in food freedom, and I know that there will be times that I fall off the boat, but then I can go back to whole30 and do a reset and get back on track.

The whole30 has been a wonderful tool for me.  If you have questions, feel free to reach out to me.  If I can not answer your question I will point you in the direction of someone that can! 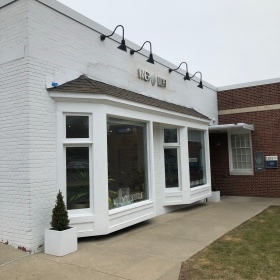